An Experiment on Hydroponic Gardening 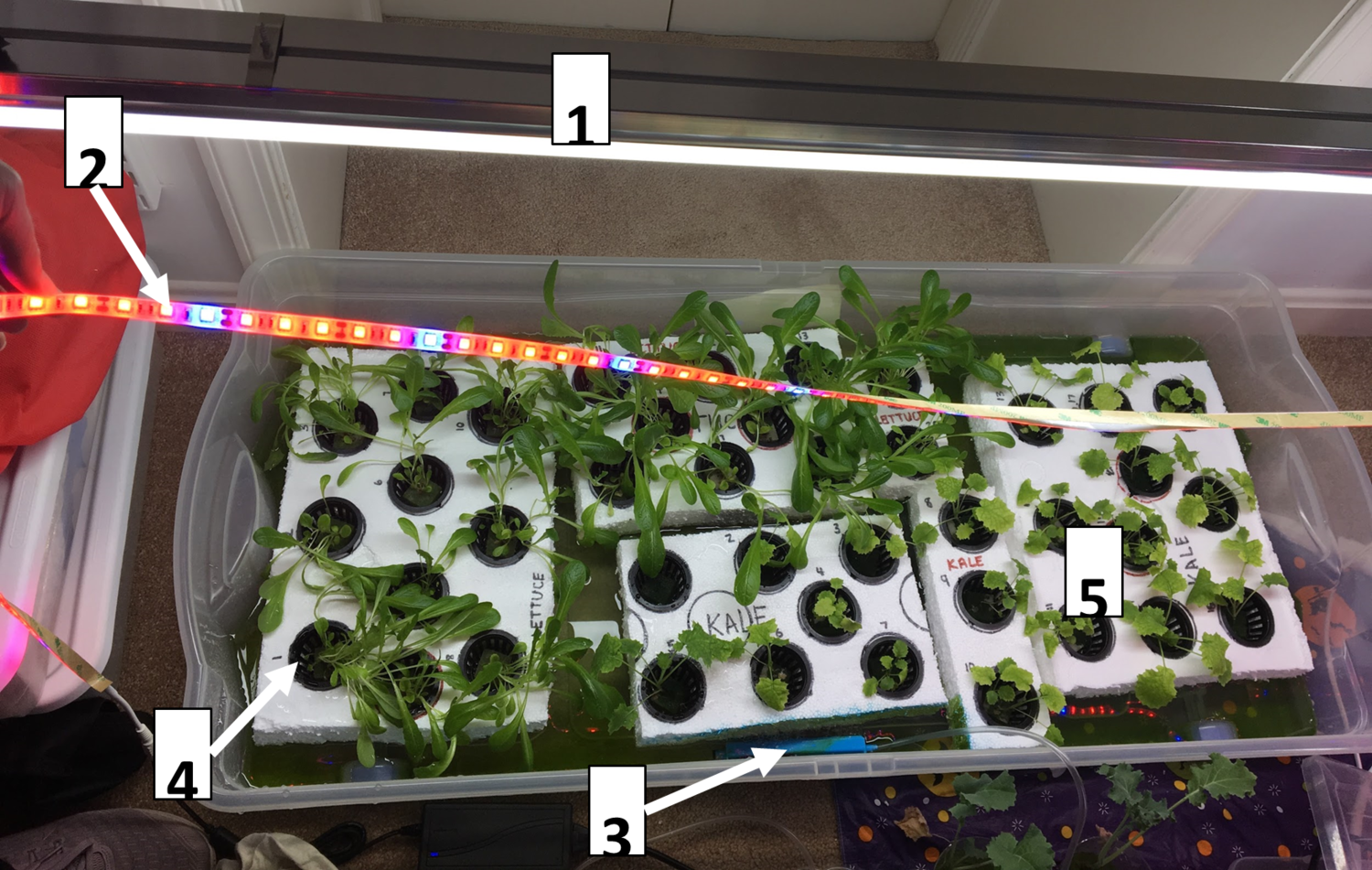 Science became an interest of mine growing up because of its ever changing nature. When you are young, you are drawn to things that are interesting and new so naturally I was peaked by science experiments in my biology and chemistry classes. As I went through middle school and high school, I was forced to complete numerous independent experiments, which looking back on I really did enjoy. My experiments from middle school until now, a freshman in college, include candy chromatography, measuring the vitamin D in orange juice, hydroponics, algal biofuel, hydroponic gardening again, and measuring squirrel populations on the W&J campus.

As you can see from my return to hydroponics and algal biofuel, I have an interest in plants. The reason for my interest in hydroponic is simple, I got to build my own systems, fixing my craving for hands on work, and I just like growing plants (probably because I really like being outdoors). My best and most in depth work came from my experiment on hydroponic gardening in my junior year of high school for my science research class. This class was a college level research course that I needed to acquire the STEM seal on my diploma; it also just so happened to be one of my favorite classes in the end. Science research walked me through the research process from the very beginning: thinking of topics, proposing the idea, researching, writing my research proposal and submitting it for permission, starting data collection, writing my final paper, making a lot of changes along the way, and eventually competing in my city wide science fair and regional fair.

My science project involved creating a vertical and a horizontal hydroponics system from scratch and testing them to see which would result in better indoor plant growth. I chose to research hydroponics because we have to find alternatives to plant growth, other than the typical ground farming, because our population is increasing; an increasing population means more mouths to feed and as a result, more soil degradation as we try to keep up with food needs. We also need to find more ways to grow food in areas that don’t have the ability to sustain large farms; this way people can have healthy food without the gas and pollution it would take to ship food across the country. Hydroponics could be that solution because it’s not dependent on land or soil, can be placed in small or large indoor settings, and uses a lot less water.

So, in order to research hydroponics and its benefits further for indoor plant growth, I built my own systems using water drainage tubes, storage bins, water pumps, red and blue LED lights, white fluorescent lights, wool cubes for root stability, and hydroponic cups with slits in them. I built a horizontal system where the plants sat in water aerated by an aquarium air/bubble stone (Figure 1) and a vertical system where the roots were suspended in the air and water was dripped over them (Figure 2). I had the opportunity to complete my research year round for my entire junior year which gave me the ability to see my experiment with lettuce and kale work when the plants grew, fail when the plants in my vertical system died due to water loss, and be successful again when I redid the experiment with fast growing microgreens right before my presentation at the Northern Virginia Regional Science Fair; results can be seen in Figure 3, Figure 4, and Figure 5. I also had the opportunity to work in a variety of areas involved in science such as when I used color strips to monitor the pH of my water and attempted to use a probe to determine the oxygen levels in my water. I also had the ability to experiment with many different areas of data collection to support my hypothesis as I measured the height, weight, color, and texture of my plants to determine which system grew the plants the best based on commercial food standards; this was tedious but definitely kept me entertained and allowed my results to be strongly supported.

What I really loved about this experiment was my ability to do every step myself and have help from my peers and teacher when I needed it. I also loved getting to involve my interest in engineering and building things with my interest in growing plants and new techniques for plant growth. This class was also really fun because as a part of my grade I had to network every quarter with other scientists. Because of this requirement, I got to visit the greenhouse at George Mason University and see how they use hydroponics to grow vegetables. I also got to talk with a grad student about his green roof project that involved using solar panels and growing plants on roofs to research their use in monitoring temperatures in buildings. And if those research and networking opportunities weren’t enough, this science research class also gave me the opportunity to participate in my City Science Fair, Regional Science Fair, Virginia Junior Academy of Science (VJAS), and the Washington Statistical Society (WSS) Data Visualization Poster Competition.

Overall, my science research class opened my eyes to the hardships but also opportunities with research in any scientific field and peaked my interest in continuing environmental science in college. I loved having the ability to involve myself in the science community, experience a long term research experiment that has left me with a lot of knowledge I still use in my science classes today, and getting to deeply explore a topic of interest in my field of interest, highlighting something I may want to continue researching and experimenting with in the future.